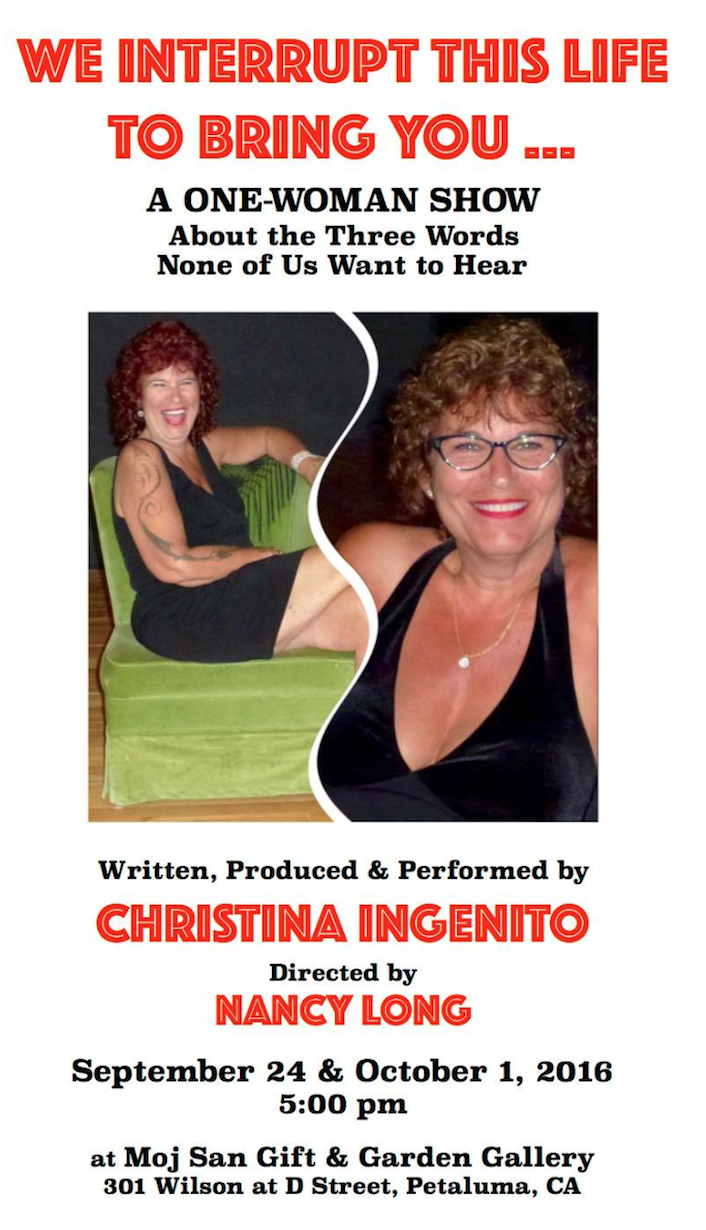 When life suddenly changes in an instant, and then yet again in another, we fall down, we fall further and then somehow, someway, we pick ourselves up and we start all over again.

Was it a collision of catastrophes or a course correction?

Over the course of 2016, I wrote, produced and performed four different versions of this show. In the spring, “We Interrupt This Life to Bring You: The 3 Words that None of Us Want to Hear” debuted once again at The Marsh Theatre in San Francisco and at the Secret Theatre in New York City! The full-length version came to Petaluma in the Fall of 2016 at Moj San Gifts & Gallery.

Petaluma’s local newspaper, the Argus Courier, interviewed me prior to my performance and published this article: